A recording studio is more than the acoustic and inspirational aspects of its physical space. It is more than the quality of its equipment. It is defined by the abilities of the engineers and producers who work there. While much of this flies under the radar of the average music fan, musical artists understand that in choosing a recording studio they are also selecting a collaborator that can make or break a project. Pulse took a look at five such Long Island collaborations ...

... Mick Hargreaves, the vet roots rocker and leader of The King Guys, likes to record musicians in their natural habitat. It might be their favorite venue to gig, their homes or a cool space that was found through happenstance. The engineer, producer and musician has transported his numerous equipment-filled cases to all of the above. Many top-level studio folks believe a professional recording requires the silently throbbing nexus of technology that only a studio can offer. But Hargreaves prefers to exploit the acoustic and psychic potential of the particular space he’s working in. Local artist Bryan Gallo chose the Lantern Sound Recording Rig (LSRR) to capture his soon-to-be-released album, The Party Guest. The session was set in an East End cottage with Butchers Blind serving as backing band.

Hargreaves on the LSRR:
“Cowboy” Jack Clement once said that a recording studio is the worst place you can pick to make a record. So I go on location to make records—and that could be some interesting places. A lot of it is about comfort and putting the artist at ease. Overdubbing can be done anywhere.

Hargreaves on making The Party Guest:
The way the Bryan Gallo record happened was that Butchers Blind did extensive pre-production rehearsals with Bryan. When then they came in to record with me they played everything down as a band. They were literally sleeping in front of their amplifiers at night.

Gallo on recording The Party Guest and the LSRR:
I reached out to Mick knowing that he recorded the last Butchers Blind album (Destination Blues) at the cottage. There’s just a great natural sound in there for drums and other acoustic instruments, so everything came out sounding organic. At first I was in disbelief knowing such great sounds could come from a compact unit and not from a fancy high-end studio. That’s a testament to Mick knowing the ins and outs of his equipment and also how to treat a physical space as part of the character of the recording. Essentially, with the LSRR there are even fewer limitations than you’d have with a conventional studio. 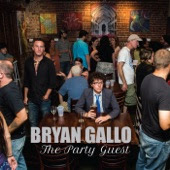 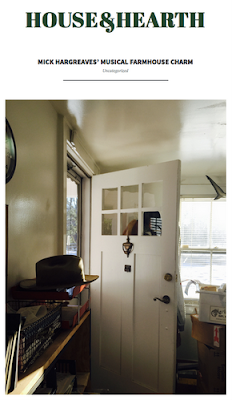